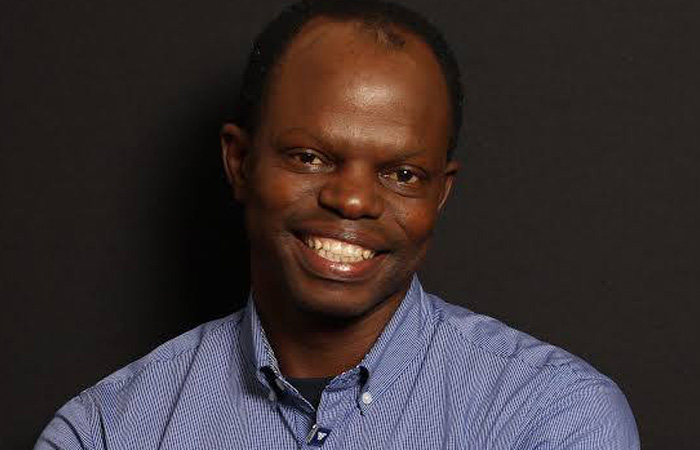 We at the Namibia Media Trust (NMT) believe that with the killing of human rights lawyer Thulani Maseko, Africa has lost one of its greatest human rights warriors and an unwavering champion of justice for all. Thulani was a leading light who was extinguished far too soon.

We are also sure that we speak for many when we describe the moment we heard the news of the death of Thulani. Maya Angelou described it best in her poem, When Great Trees Fall:

Thulani’s death is a reminder to us all of not just who he was, but also the work he did and its significance. He fought against King Mswati’s autocratic and repressive rule through the strategic use of litigation and his courage and determination knew no bounds.

His death prompts us to remember the fragile state of Eswatini and what happens to the brave and courageous people who speak up and speak out when there are democratic deficits within any type of governance infrastructure. The outpouring of grief from across the globe is accompanied by calls for an investigation into his death.

The NMT believes his death calls for more.

We need meaningful analysis of what is happening, the why, how and who? This requires all of us to reflect deeply. It is also important that we rethink our interventions and strategies.

The circle of violence in Eswatini is expanding and both the attacks on and the assassination of activists, minority groups, environmentalists, human rights defenders and journalists can no longer be attributed to just the State. These murders are mired in messiness.

We are witnessing how the corrupt and powerful, rebel groups and even the private sector have interests to defend and they are protecting their benefits with all the aggression they can muster.

We need to collectively strategise to combat the thriving culture of impunity. We must hold the Eswatini government to account and insist they investigate Thulani’s murder. We have to find ways to strengthen regional and continental bodies in ways that allow them to take stringent actions against Member States who fail to uphold democratic values.

Thulani’s killing is a reminder for us to refocus our energy as we seek an Africa – a world – where truth and justice triumph. We remain unflagging in our hope that better days will come.

The greatest tribute we can pay Thulani is to remember – again in Angelou’s words: “We can be. Be and be better. For they existed”.