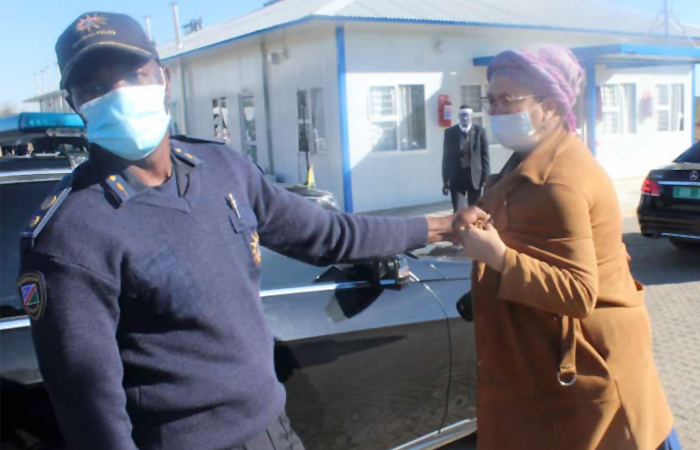 The Namibia Media Trust (NMT) is appalled by recurring incidences in which public officials try to prevent media houses from covering important events and issues of national concern. We are opposed to the use of Covid-19 regulations to infringe on the rights of journalists to access information.

Most specifically, we denounce any attempt to inflict bodily harm on journalists in the course of their work.

Media houses this week received an official invitation to cover the inauguration of the isolation facility at the Windhoek Central Hospital in Windhoek. They prepared themselves to adhere to the regulations announced by State House on May 28, 2020, according to which one journalist per media house would be allowed to cover an event.

The NMT has learnt that media houses received communication from State House just before the scheduled event, and were informed that only the Namibian Broadcasting Corporation (NBC) would be allowed inside the facility. We appreciate efforts by government to ensure the safety and numbers of all guests and journalists through Covid-19 regulations at such gatherings. But there is need to revert to previous communication with State House in which the newsgathering process was explained, and that it is not feasible to expect media houses to rely on a single source of information and being unable to pose questions to deepen their understanding and that of their readers, viewers and listeners. If this preferential treatment is allowed to stand in the way proposed by State House, then there would be no need for journalists. This in turn dramatically impedes the watchdog role of the media and independent journalism.

Journalists Charmaine Ngatjiheue and Jemima Beukes from The Namibian and Namibian Sun respectively, were manhandled by State House security personnel when they attempted to access the facility. After a confrontation, and as they were leaving, a police officer reportedly shouted at them, “what if you got shot”, giving insight into the mindsets of our public safety professionals and the ease with which they would resort to opening fire on civilians. This is unacceptable, more especially since these were women journalists who posed no threat to these officials!

We condemn this in the strongest terms and call upon State House and government in general to liaise with media on a mutually beneficial arrangement that would prevent such distasteful occurrences and enable media to do their jobs going forward. It should be noted that the right to media freedom as enshrined in the Constitution cannot be suspended or diminished by a State of Emergency.

This statement is endorsed by the ACTION Namibia Coalition, a network of organisations campaigning for a legal framework that supports the right to access to information in Namibia.