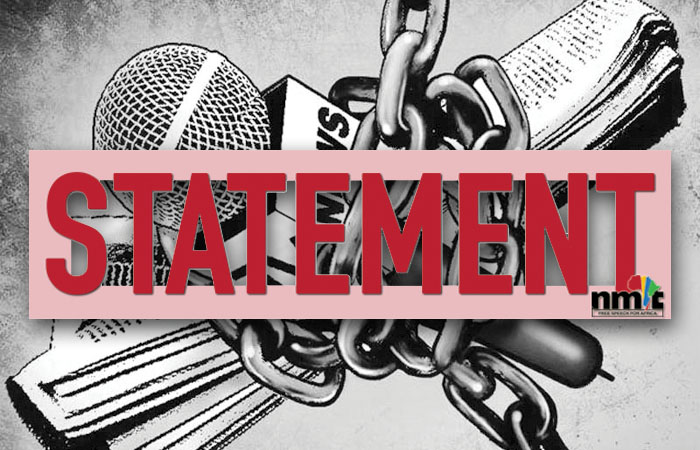 NMT says 'no' to shutting out media

The Namibia Media Trust (NMT) is concerned about the increasing restrictions on media freedom and freedom of expression by governments in southern Africa under the guise of curbing the spread of the devastating Covid-19 pandemic.

These measures range from straightforward censorship and suppression being conducted by traditionally authoritarian governments, to broader emergency measures rushed through democratic parliaments without review that go far beyond the powers necessary for the pandemic.

In contrast Namibia, as the leader in press freedom in Africa, has the opportunity to set the benchmark for accountable, transparent and proactive sharing of information at a time when there is increasing restrictions on media freedom.

In an effort to ostensibly enforce the social-distancing regulations as required to curb the spread of the virus, Namibian media houses were today [Wednesday 1 April] informed that the regular media briefings providing the much need update on the government’s Covid-19 National Response Measures would be open to selected media houses only.

Thus, only the state broadcaster (the Namibia Broadcasting Corporation – NBC radio and television services), along with the state news agency, the Namibia Press Agency (Nampa) and the free-to-air television station, One Africa TV, are allowed to cover the briefing. All other media houses are being encouraged to get feed from the NBC and NamPresidency social media platforms.

Whilst the NMT appreciates the efforts undertaken by government to ensure the safety of journalists during this global crisis, we too must caution against disproportionate attempts to curb media freedoms. By not defining the criteria used to select who may cover critical government information sessions, you are excluding those that may demand more accountability.

Press conferences are an efficient forum for government to share information with the public and media, and form a vital part of the information infrastructure in a time of crisis. Journalists from different media houses that serve different audiences and interest groups are able to interrogate the information shared and can, in turn, pose questions of public interest that reflect the scope and diversity of their audiences. Today’s press briefing was an act of censorship that robbed the broader media fraternity of that opportunity, and ultimately the public.

Independent journalism is essential to finding an end to the pandemic and mitigating the consequences of the spread of Covid-19. Government must therefore take steps to ensure that the media freedom and the rights of journalists are not disproportionately restricted. Limits on the media risk not only harming freedom of expression but also hindering efforts to stop the spread of the virus by depriving the public and decision-makers of accurate and reliable information.

We appeal for proactive and transparent disclosure of information in a timely manner to facilitate the work of the media and, more importantly, to instil public trust in the ability of our government to lead the fight against this devastating disease. A state of emergency cannot be used as a pretext to censor news or implement regressive regulations against media freedom.

This press release is supported by the ACTION Namibia Coalition, a coalition of civil society organisations advocating for access to information.