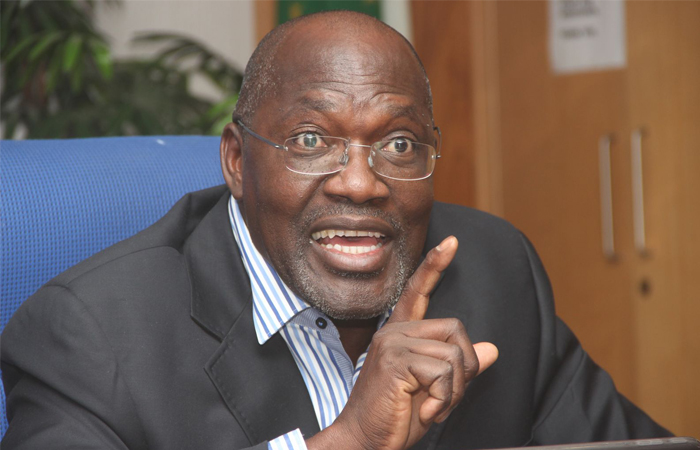 The Namibia Media Trust (NMT) today condemed in the strongest terms the recent remarks by Namibia's Trade Minister Tjekero Tweya, in which he called journalists ‘flies’, among others accusing them of ‘poisoning’ the minds of foreign investors. He also blamed media for the slow development and lack of investment in the country.

The Minister was speaking on November 12 at the signing of a Memorandum of Understanding between global company DP World and the !Nara Namib Free Economic Industrial Zone and reported on in various media.

The NMT at all times concerns itself with the quality and professionalism of our journalism and is invested in raising standards. We also believe that media should always be accountable and open to criticism, which is why the NMT, and most media houses in Namibia support the self-regulatory mechanism put in place by the Editors Forum of Namibia (EFN), which includes an Ombudsman to hear and adjudicate grievances against the press. This mechanism is underpinned by the Code of Ethics and Conduct for Namibian print, broadcast and online media, to which all journalists are expected to adhere, and the Minister is welcome to make use of this channel.

His attack this week comes at a time when public service investigative journalism has again proved its worth: with the expose of what is being called #fishrot, a massive scheme involving kickbacks to top government officials in Namibia and elsewhere, published by The Namibian in concert with Icelandic media and Wikleaks. Already two Cabinet Ministers have resigned as a result.

It also comes just after President Hage Geingob took aim at The Namibian in a media release on November 9 because of an editorial in the November 8 edition which we believe to be balanced and fair comment. The EFN too, took issue with the President, pointing out that “freedom of speech is a constitutional right that media are entitled to exercise in the course of their duty”.
We would remind Government of Namibia’s pride of place at the top of Africa’s press freedom survey by the Reporters sans Frontiers (RSF) for 2019, and the fact that attacks such as these could not only have negative impact on the 2020 outcome but also jeopardise our number one ranking.

Reporters sans Frontiers, responding to Minister Tweya’s attack in a post on Twitter, emphasized that journalists helped fight against corruption and bad governance, and that to “discredit their contribution to democracy to attract investors is unworthy of a Minister” from the top-ranked African country.

Finally, the NMT takes this opportunity to remind government of the critical role of journalism in our democracy, both in speaking truth to power and providing citizens with the information they need. This is especially relevant at a time of elections, when feelings can run high and attacks on the media will simply exacerbate tensions.

Finally, we call on Minister Tweya himself, who has been habitually antagonistic towards journalists, to practice self-restraint in his public pronouncements and to promote, rather than attack, their important role in society.